Plastic injection molding technology is a technology for manufacturing plastic products by injecting molten resin into a mold, has many advantages such as mass production at low cost and light weight of plastic. Therefore, the technology has offered many attractive products such as home appliances, communication devices, automobiles and medical equipment. Application of take-out robots has been promoted mainly for the purpose of improving productivity of injection molding. The developed take-out robot is based on shape optimization design for speeding up. It enabled lightweight and high rigidity, the mass of the drive part was reduced by 16% and the take-out cycle time by up to 29% compared with the conventional model, resulting in 10% improvement in productivity. In addition, the robot was equipped with the active vibration control (AVC) device for the first time in the take-out robot industry. The waiting time with the AVC is shortened by up to 71% compared to that without the AVC.

Generally, the AVC using displacement feedback control is effective to the take-out robot arm. However, it is difficult to measure the arm displacement directly because of the characteristics of the take-out robot that the arm enters into the narrow mold space. Even if we estimate the displacement by integrating the acceleration measured by the acceleration sensor, this integration operation generates a drift component. Although the vibration displacement can be estimated using a filter to eliminate this drift component, a phase shift occurs. It leads to deterioration of vibration damping performance or oscillation. To solve this problem, the developed robot has a function that measures the natural frequency of the arm and carries out correction of phase shift.

Figure 3 shows the effect of AVC. The vibration quickly attenuated by active control, which enabled us to reduce the waiting time. 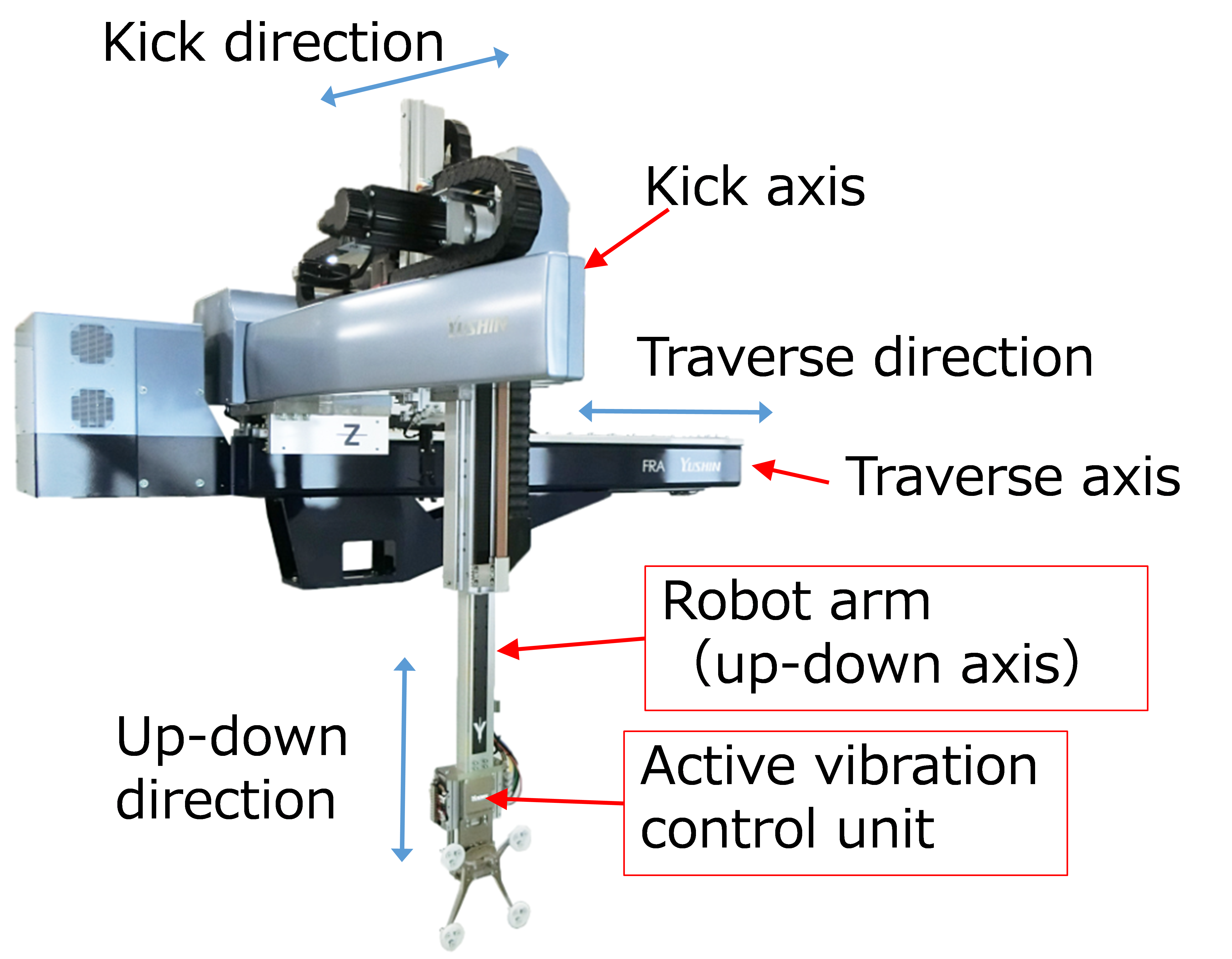 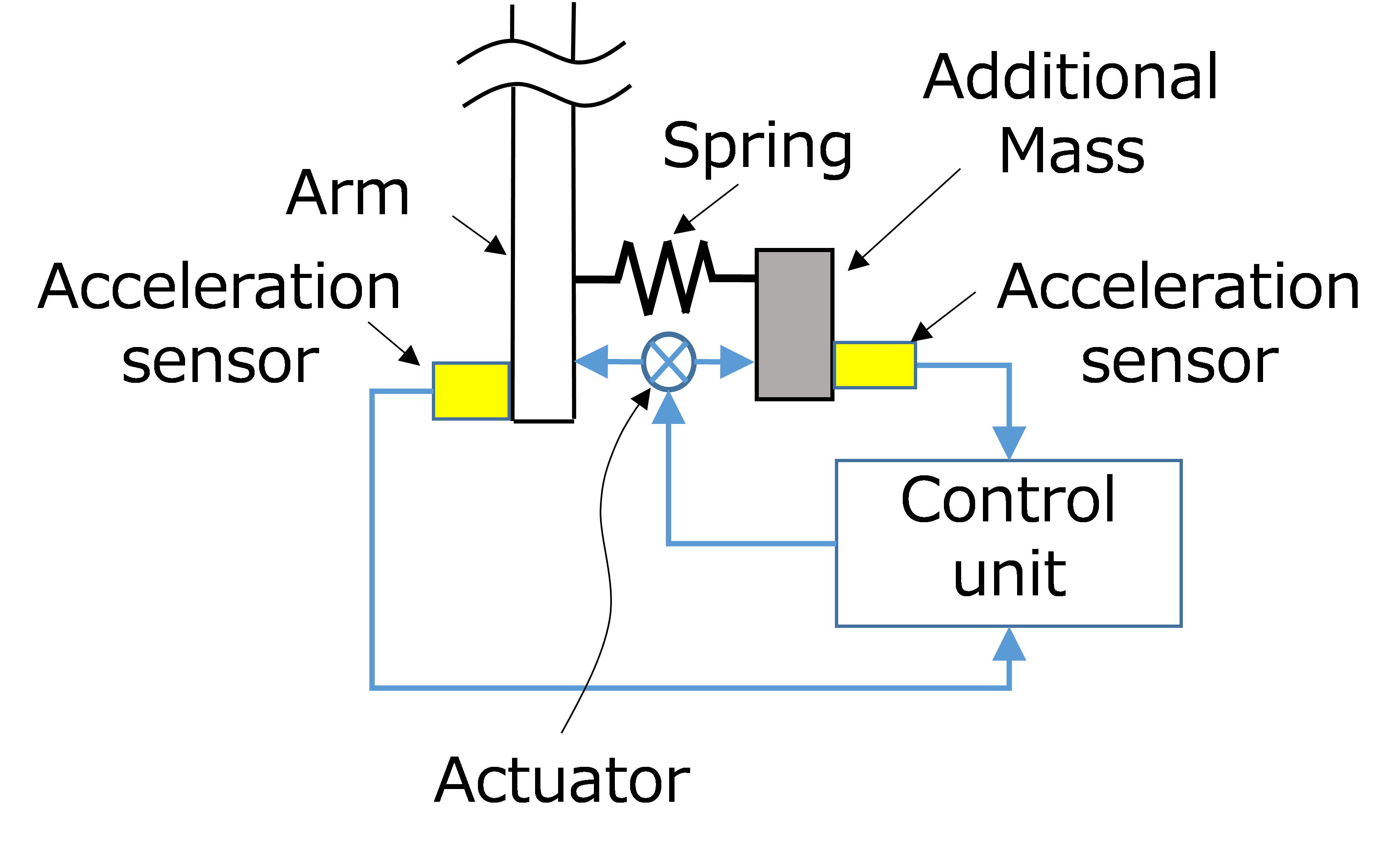 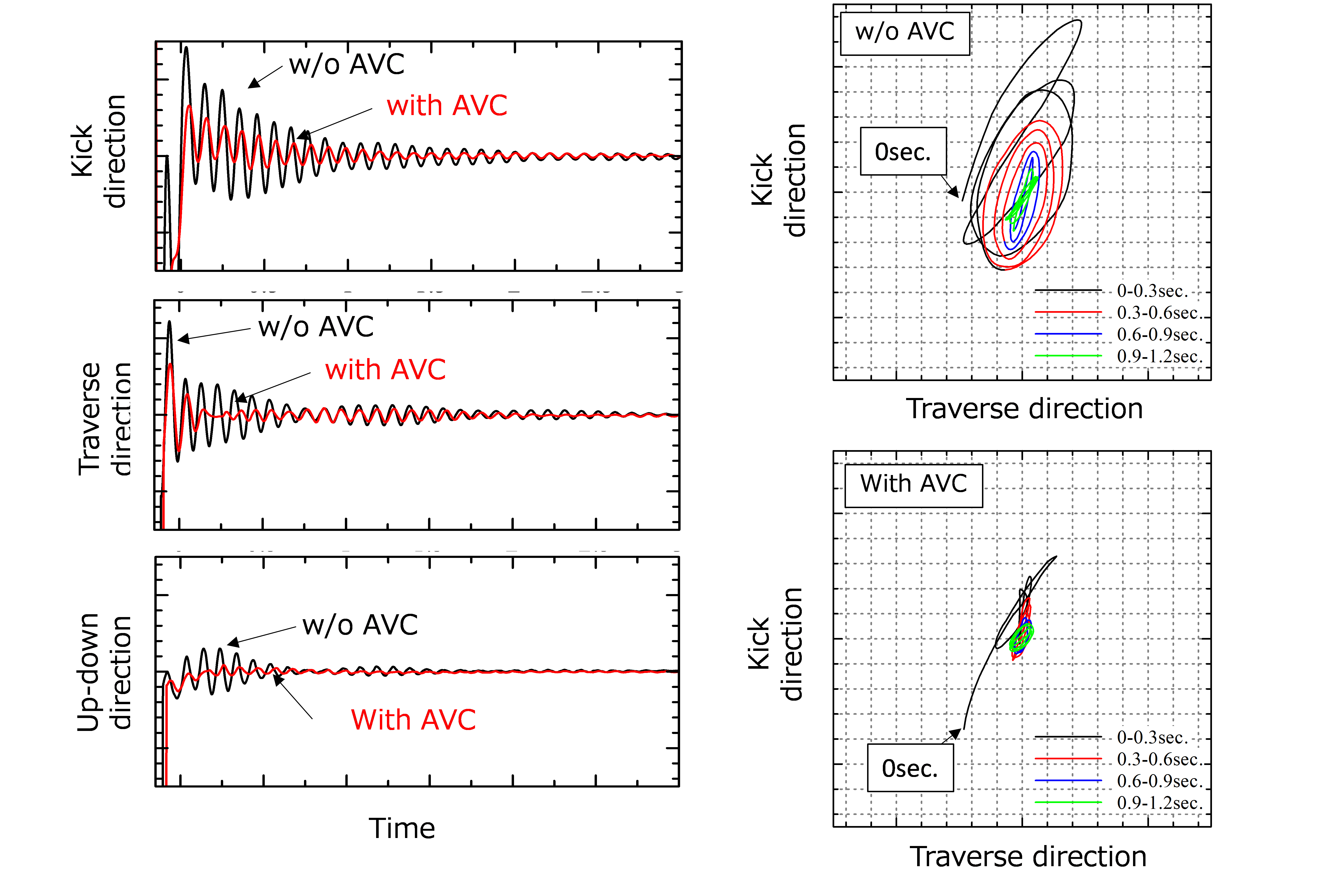