In recent years, the method of adding LPG directly in the liquid phase to the feedstock NG has become the main stream in calorific value adjustment. 100% of the LPG which is added in the liquid phase must be surely evaporated, therefore, atomization of added LPG, which enhances vaporization of LPG, is the KEY for stable calorific value adjustment. In addition, flow rates of NG and LPG vary greatly depending on a city gas demand and calorific value of feedstock NG, where a turndown ratio, operating flow rate / rated flow rate, of NG reaches as small as 1/20, and that of LPG becomes even less than 1/500. Accordingly, atomization technology, i) having enough low pressure loss at maximum flow, and also, ii) atomizing LPG surely at minimum flow, is required. The CVAS, equipped with a newly developed atomization nozzle, realizes complete and reliable atomization of added LPG over such a wide flow rate range without increasing pressure loss.

In the conventional CVAS, NG is to be introduced at high velocity through a constricted flow path (venturi), and LPG in the liquid phase is added to this point to be atomized by the shear effect of the high speed flow of NG. However, in case of the NG flow rate becomes small due to low demand for city gas, which means NG flow velocity through the venturi also becomes small as well, the LPG atomization effect of the venturi is to be insufficient. To cope with a wide range operation, a combination of two venturis (large and small) needs to be installed to be changed over depending on the operating flow rate.

The newly developed CVAS is designed so that LPG can surely be atomized, even under reduced flow rate operating conditions, by applying a newly developed atomization nozzle, where proprietary pre-filming two-fluid atomizing technology is applied. In the operation of the developed atomization nozzle as a CVAS, all of the added LPG and small amount of NG are supplied simultaneously into the nozzle (Fig. 2). The added LPG is reliably atomized by properly controlling the amount of NG feed to the nozzle.

The new CVAS greatly expands the operation turndown ratios without increasing pressure loss, to be able to handle with wide range of city gas demand with single unit. It has advantages of reducing construction-cost, small installation-area, and simple operation.

The newly developed CVAS realized a wide operating range (turndown ratio) by completely and reliably atomizing added LPG without increasing pressure loss. The first commercial plant was installed in 2013 (Fig. 3), and since the start of operation, the first plant has successfully been running in good performance as designed. Recognized its performance and benefits, the new CVAS has been adopted in five city gas plants in Japan. 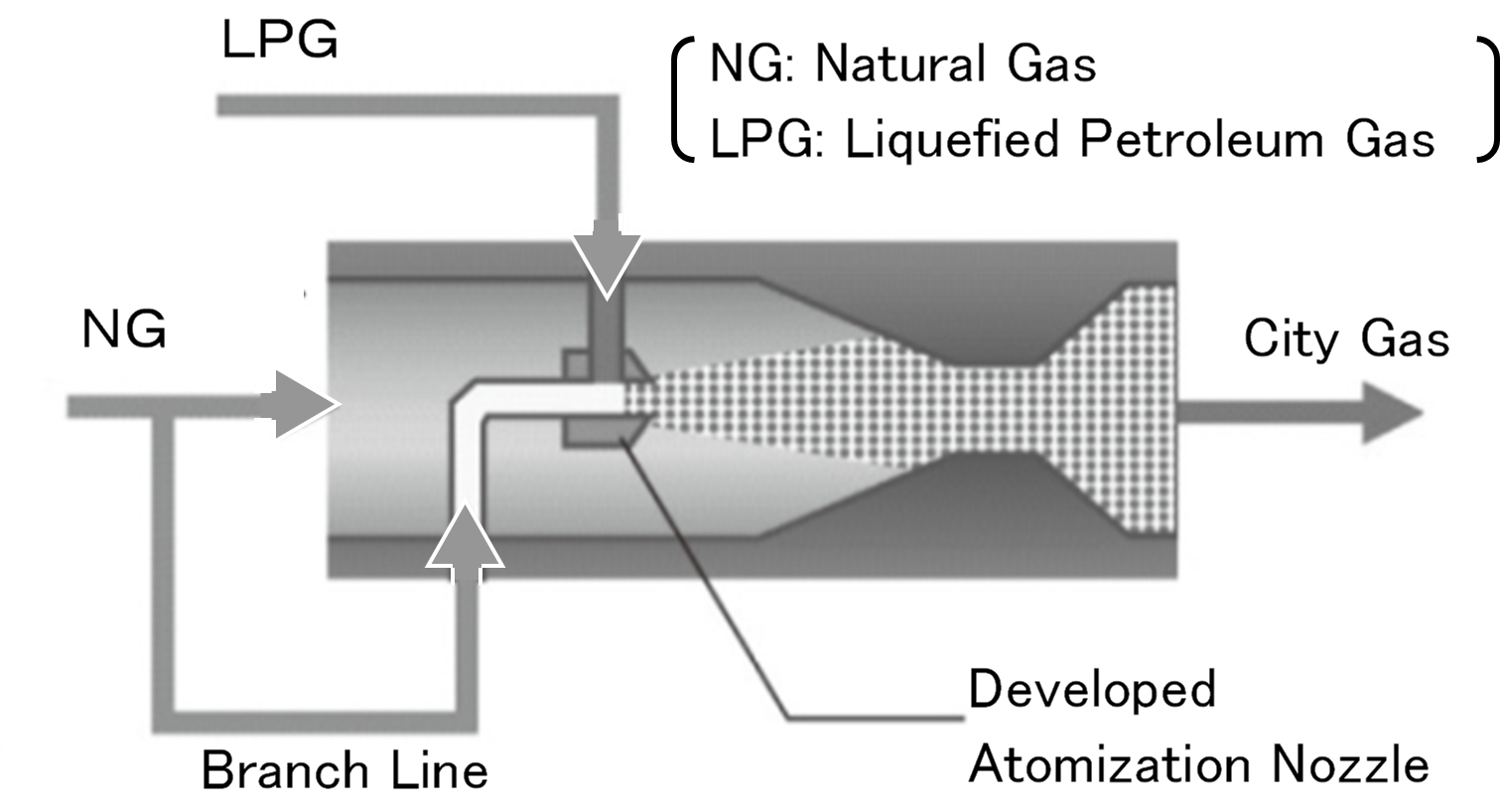 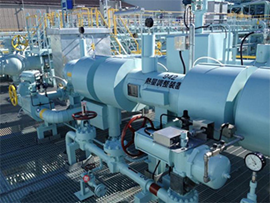