With aging population, farmers abandoning their farmlands have been increased in Japan. On the other hand, agricultural management is becoming increasingly organized and incorporated with the increase of certified farmers. The consolidation of farmlands by these farmers has increased the area cultivated by each faming organization. In order to sustain efficient and stable farm management, it is necessary to improve productivity and profitability, which requires agricultural machinery to become more efficient and labor-saving. With the promotion of ICT-based smart agriculture, next-generation agriculture, Kubota has developed an Agri Robo tractor that uses GNSS and enables unmanned automatic operation, in order to accomplish higher efficiency and precision and reduce more workers and labors.

For unmanned operation of a tractor, we have established the following three techniques by mounting a GNSS positioning device, electro-hydraulic power steering, a terminal monitor (operation panel), an inter-vehicle communication device, a laser scanner and an ultrasonic sonar (Fig. 1) and controlling these devices in an integrated manner.

Due to that the behavior of a vehicle successively varies with skids or ground pits or projections in a field, it is necessary to continuously steer the vehicle even during driving straight. The developed unmanned tractor (Agri Robo tractor) has two types of control targets, “running to a target direction (smallest orientation deviation)” and “running to a target route (smallest position deviation),” and a control algorithm that determines a steering output by a combination of these targets. These elements allow the tractor to perform high-precision traveling in any field conditions. During controlled operation along a specific target route, both of position and orientation deviations remain stable at relatively small values, but immediately after the change of an operation sequence, such as shift from turning to straight running, a large position deviation is instantly generated. For this reason, without any control, a steering output becomes excessive, which finally reduces convergence to the target route. Therefore, we have developed a variable gain algorithm in which the vehicle becomes closer to the target route, increases its orientation gain and gradually decreases its approach angle, and allowed the vehicle to continuously perform the best control according to the state of the body. Fig. 2 shows a relationship between a distance from a target line and gain. 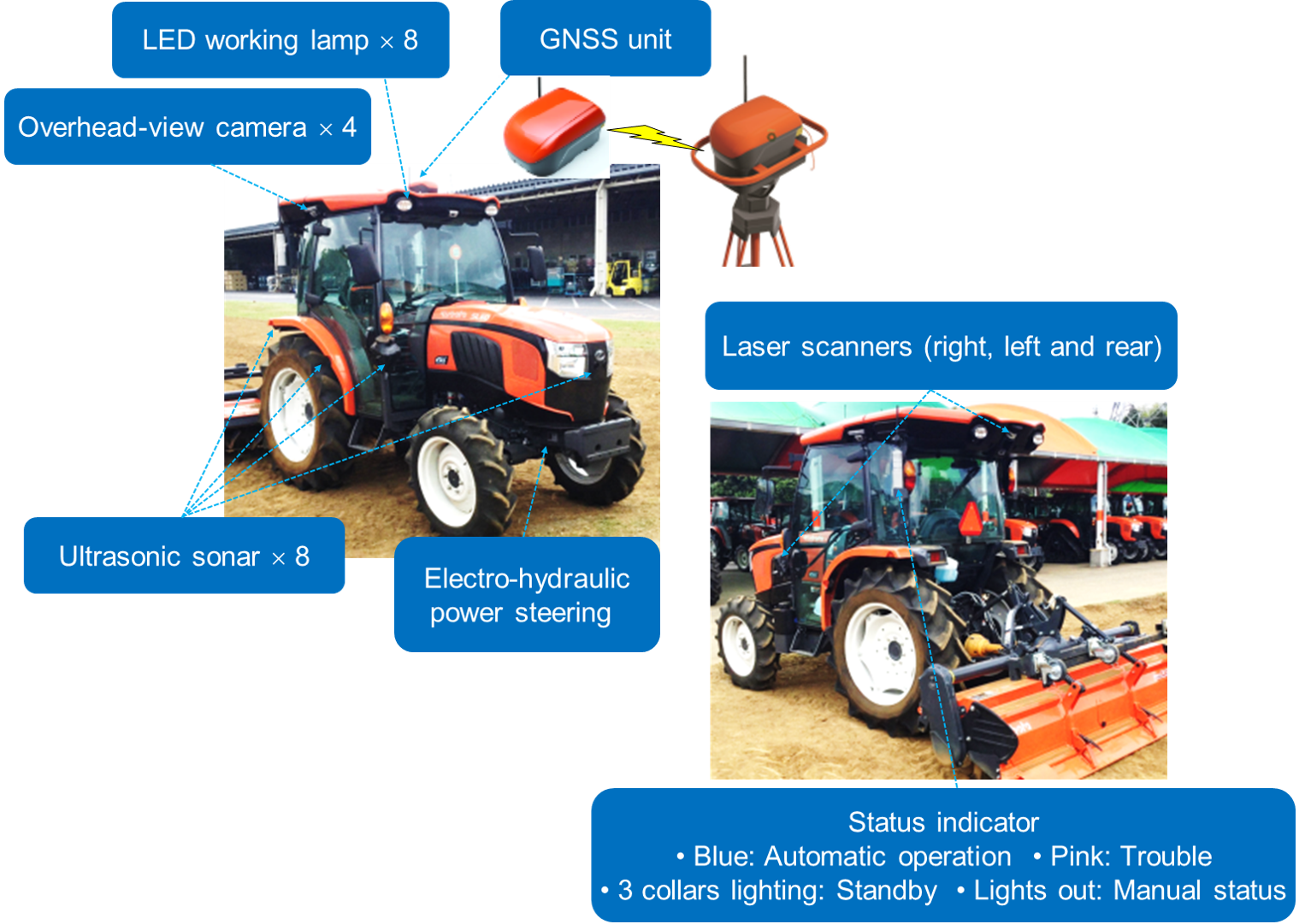 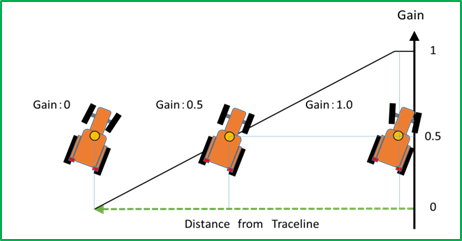 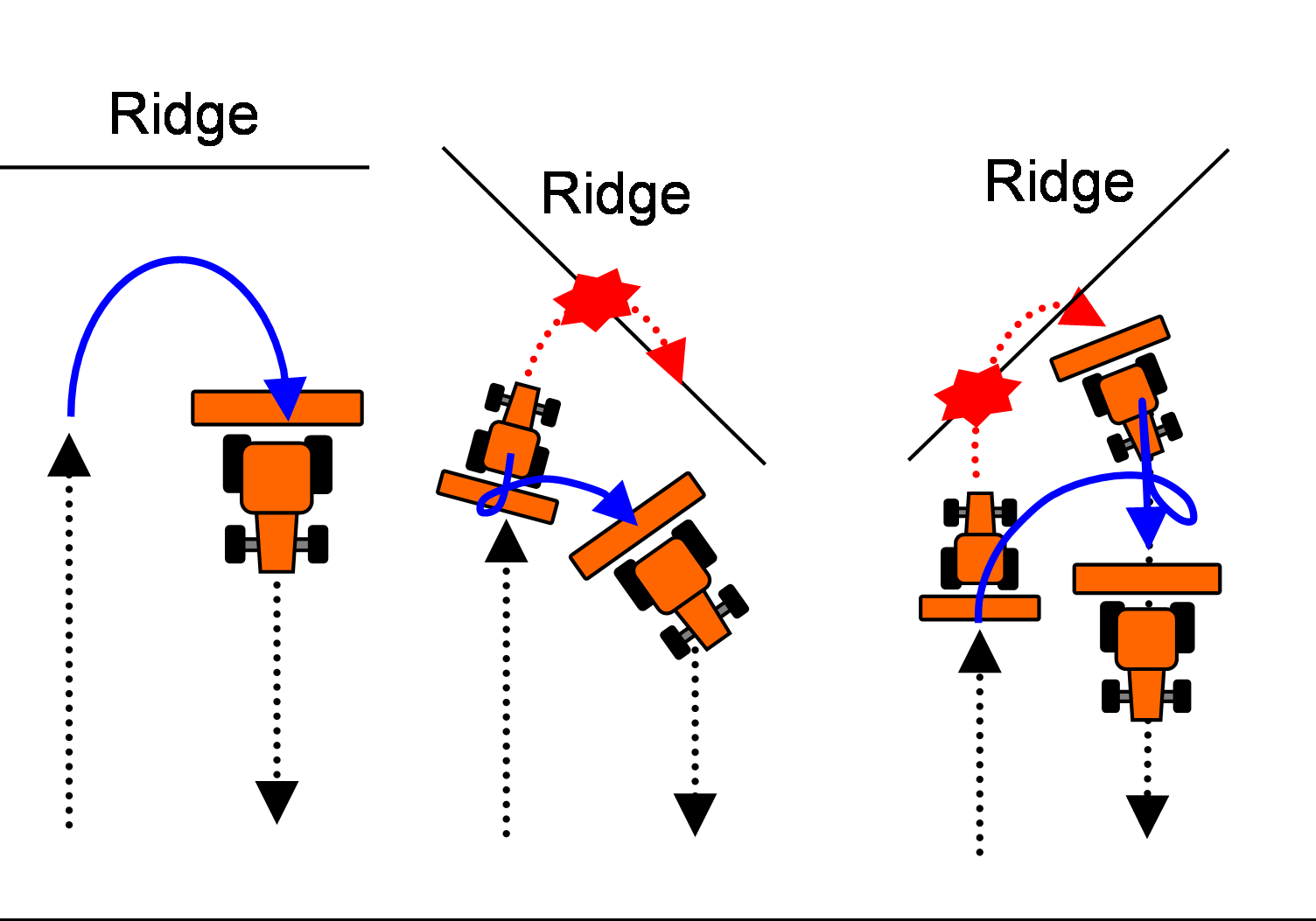 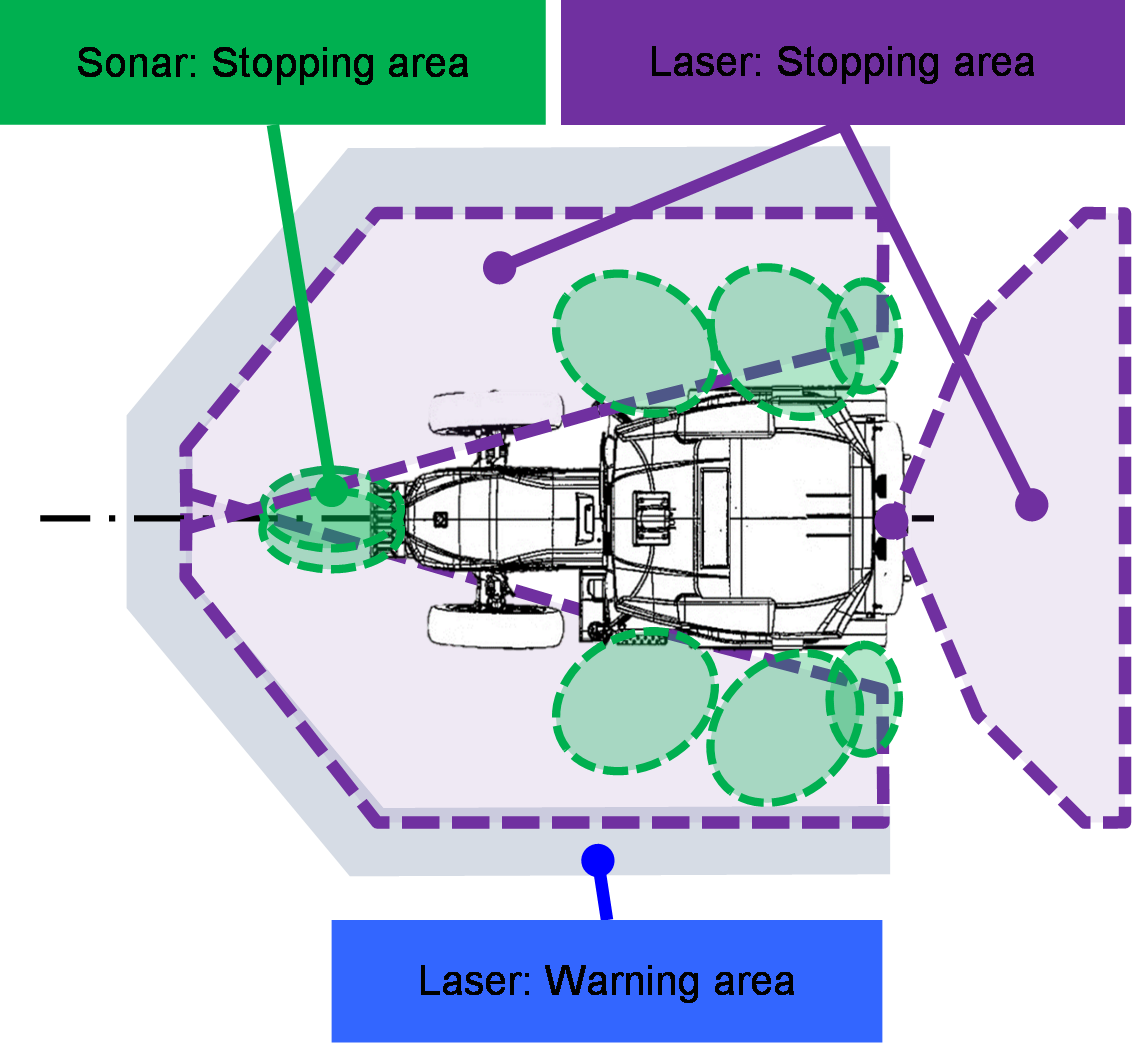