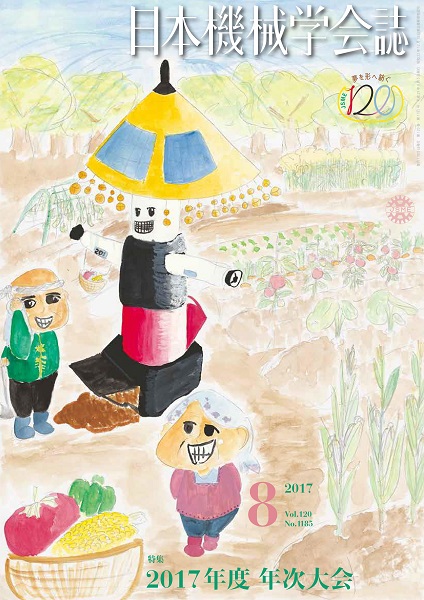 Many features of organisms have the possibility that can be applied to the infrastructure and network system for the communication. From the previous studies, the network system of the venation is known as the strong network on the damage. This relates the structure of leaf vein. In this study, we are focusing on the network of leaf vein to understand the strong network system. First, we study the network structure to know the relation between damage on leaf and the strong network. Then, the influence of damage on leaf vein for the water absorption on the leaf was studied with the dye ow visualization. The result shows that the network type of vein on real leaf is the mesh type network. The mesh type network has the benefit to make a bypath when the vein has the damage. The result of dye ow visualization shows that the real leaf requires the single vein to make a bypath for damage region. The increasing of area on water absorbed relates the distance of water absorption. This means that number of vein is not dominant for the speed of water absorption. Therefore, the network of leaf vein has a high robustness from the damage of vein by the mesh type network.

The market of care food is growing for aging society and the personal version of care food will be needed for improving a fun of meal. On this occasion, 3D printing technologies have been developed and are being applied for food creation. In the present study, we prepare food ink for the world-rst 3D gel printer designed by our group. The hardness of food is one of the most important factors that influence the texture of food. So that the jelly foods made by the 3D gel printer is designed being soft and easy to chew. Here four kinds of jelly food samples are prepared by using agar and gelatin as gelation agents.The mechanical strength of the jelly foods is evaluated by a compression test for foods. We measured the hardness （maxmum stress） of the jelly foods and succeeded in the preparation of various jelly foods of 8 ~ 45kPa in hardness. The gelation of agar is possibly controlled by temperature change.
Thus by using the temperature change, the jelly foods are easily printed by the 3D gel printer. We hope these printed jelly foods will make it possible for elder persons to enjoy their fun of everyday meal and improve the quality of life for the elder persons.

In this paper, two foot strike patterns, which are the rear foot strike （RFS） and the fore foot strike （FFS）, are compared from the viewpoint of the joint moment, joint reaction force and muscle activity using the actual measurement of running for two subjects. As the results, the landing reaction force has two peaks for RFS while one peak for FFS, and the signicant features can be observed in the ankle joint rather than the knee and hip joint. The joint moment of the ankle joint for RFS acts toward the dorsal exion direction at the beginning of landing, and then toward the plantar exion direction, while the one for FFS acts toward the plantar exion direction during landing. The bone-on-bone force for RFS shows two peaks as similar with the landing impact force. For RFS, the Tibialis anterior much works while for FFS, the Gastrocnemius and the Soleus works much. Moreover, the differences of subject A and B are shown as the contribution of joints on the running.