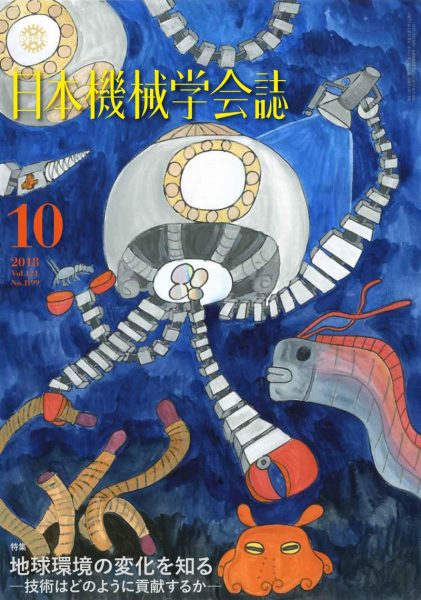 In order to determine how cells change their morphology during adhesion process to a substrate, we focused on the actin cytoskeleton and investigated its morphological change along with that of the whole cell during adhesion process. An osteoblastic cell line MC3T3-E1 was used as the test model. We plated cells whose cell cycle had been synchronized by serum starvation on fibronectin-coated glass plate and cultured them for 10 min to 24 h. We then stained their F-actin and nucleus and observed them with a fluorescent microscope for cell area and shape index and 2D parameters for actin morphology, and with a laser scanning microscope for 3D morphology of actin and nucleus. In the beginning of adhesion, the trypsinized cells were round and their nuclei were surrounded uniformly by thick layer of actin. The actin layer in the upper side became actin aggregate （AA） and lower side dense peripheral band （DPB） in 30 min. The upper AA then became smaller and finally to actin filaments （AFs） spanning the cell top. The DPB expanded and finally became AFs on cell bottom by 1 h. The nucleus becomes flattened possibly due to compression by the cell membrane caused by the expansion of the DPB in the early stage of adhesion. In the later stage of adhesion, the number of AFs continuously increased and nucleus became flattened more and more until 12 h. This may be caused by the increase in the top AFs that may compress the nucleus. Cells become more elongated in response to further alignment of AFs until 12 h. These results indicate that change in AFs during adhesion process is complicated not only temporally but also spatially.

Speed, Trajectory and Increment in the Number of Cells of Singly Flagellated Bacteria Swimming Close to Boundaries