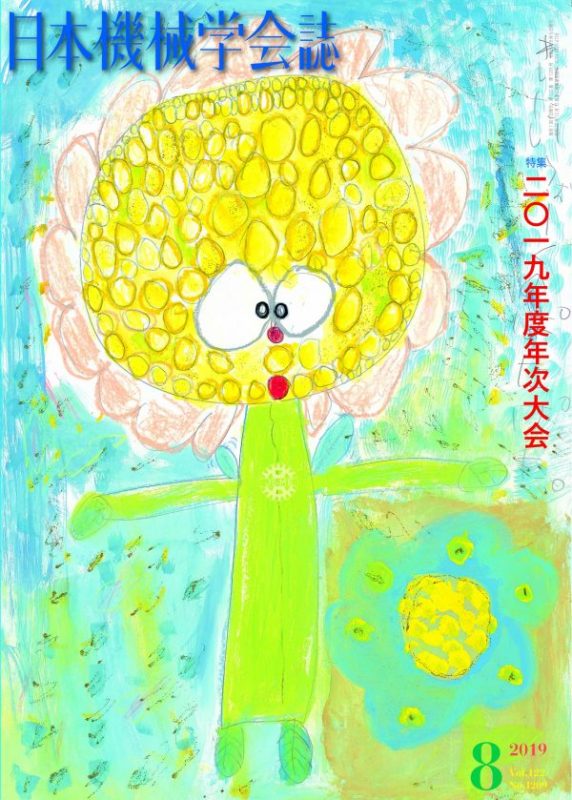 Our group has developed a 3D gel printer called “SWIM – ER” (Soft and Wet Industrial Material – Easy Realizer). Here we are aiming to improve the gel material used in the SWIM-ER system for problems related to free forming and mechanical strength. The composition of the high strength gel material with low viscosity and easy modeling was clarified by adjusting the concentration of the crosslinking agent of 1st gel against the problem that the viscosity of the material is too high and it was difficult to shape. We tried tear tests in addition to various evaluation tests, tensile tests, compression tests. We thought that we can estimate and evaluate dissipation and diffusion of fracture energy by microscopic observation of specimens after tear tests.

It is thought that the first step to understanding vehicle movement is to measure and analyze that movement in order to confirm that it falls within the range of the laws of physics. In the case of a four-wheeled vehicle, in general, the friction limit is defined within the circle of longitudinal acceleration and lateral acceleration through the use of a G-G diagram. Then measurements are taken to confirm that the driving state is within that range. Two-wheeled off-road vehicles are mainly ridden on slippery dirt roads that include steep slopes and rough, uneven surfaces. An analysis method for the driving state and the vehicle movement limits that would be suitable for analyzing the movement of such two-wheeled off-road vehicles under these conditions was examined. These movement limits were then formulated by taking into consideration the coefficient of friction and the road surface gradient in accordance with the basic laws of physics and also by focusing on the vehicle movement in the longitudinal direction. Measurements were also taken during actual off-road riding by top-class Japanese off-road motorcycle riders. It was confirmed that this measurement data was distributed within the range of the assumed vehicle movement limits. Consequently, it was confirmed that it is possible to use such measurements to accurately grasp the vehicle movement limits and the associated driving state for two-wheeled off-road vehicles.